How to Keep Your Home Free of Black Widow Spiders

How to Get Rid of Carpenter Beetles 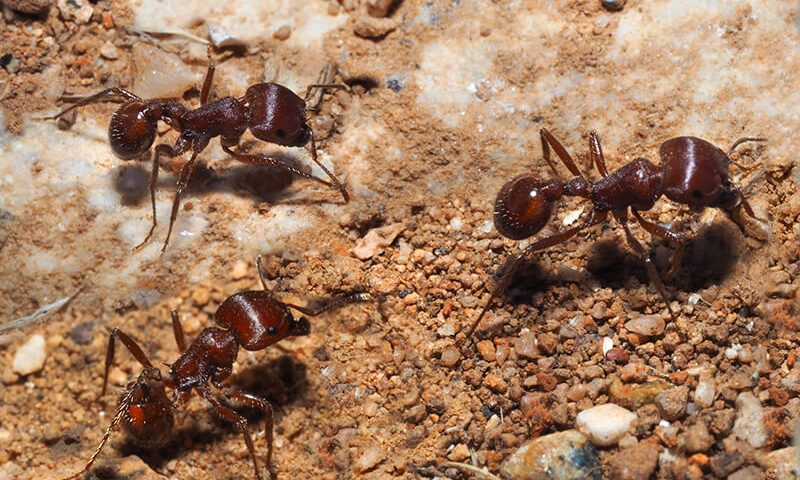 It was a bright and sunny day in July 2013. A 65-year-old woman was casually taking a dip in her pool. Moments later, the woman went into an anaphylactic shock. An anaphylactic shock is a form of severe allergic reaction that causes the entire immune system to go “nuclear” in the whole body. Within minutes, she experienced shortness of breath, a swollen throat, paleness, and then eventually – loss of consciousness. All in a matter of minutes.
The woman experienced a fatal allergic reaction. She was rushed to the hospital. Unfortunately, after a week, the 65-year-old woman passed away. Investigation of her death discovered the reason for her anaphylactic reaction, the most common pest in the world – ants. The woman was stung while bathing in her pool and went to anaphylactic shock that eventually led to her death.

The woman was among the 40 people who die annually due to anaphylactic shock caused by an insect sting, according to the American College of Allergy, Asthma, and Immunology. Another half a million more are sent to the emergency room due to an allergic reaction caused by insect stings such as an ant sting. Even common house ants could become a walking death sentence for many Americans living in their homes.

It is worrisome that such a small insect could be fatal. It is even more worrisome to note that the most common form of insect sting comes from ants. Ants, through their mastery of environmental adaptation and hive cooperation, have spread throughout the world. If you look closely, our day to day living spaces is filled with ants. From our kitchen sinks, the roads, to our office space, ants are everywhere.

Ants are especially active in the more temperate regions of the United States. Extremely aggressive ant species can be usually found in the Southwestern United States like in the state of Arizona.
Due to Arizona’s temperature, ants have become a common insect but a dangerous one. To prevent and protect your family from these ants, proper measures must be made. As ants can become fatal causes, overly cautious is not in the vocabulary.

It helps that we first must understand the species of ants that we must protect ourselves from. Here are usually the most dangerous and common Arizona ants.

Carpenter ants have an extraordinarily strong mandible. They use their mandibles to burrow into wood and build their nests. Now, it would not be much of a problem if carpenter ants burrow into a fallen tree, but it would be if the wood is part of your house. It has been reported that carpenter ants account for thousands of dollars in damages every year. The primary danger posed by these ants is due to a severe infestation when the foundations of the house are put to risk.

Field ants are the type of ants that you commonly see when going out for a picnic. These ants have colorations from yellow, black, to red. Usual field ant size is around 5 to 7 mm. But, do not let its small size fool you. These ants are a pest for a reason. Other than taking your picnic basket, field ants can also be a hindrance for landscaping and gardening as the mounds they create are highly destructive to the surrounding. Do take caution when you find these ants as they sting. Although there are no lasting effects, the pain of a sting is uncomfortable. People may have allergic reactions to the sting as well, which could be fatal.

These ants are the most dangerous among all the ant species that you may ever encounter. These ants are named because of their reddish color and the color of the ground when these pests invade – fire. Growing to around 1.7 and 7 mm, fire ants can deliver a very potent venom with a sensation of being burned at the location of the sting. Because of the potency of the fire ant’s venom, a lot of people have been hospitalized and fatally injured due to severe allergic reactions such as anaphylaxis. Fire ants are a walking death sentence for many with as little as a single sting leading to a fatality.

Ants are more than just house pests that take your food. Ants are dangerous, and they are deadly. Because of ants having multiple queens and their general resiliency over anything thrown at them, developing a proper ant pest control can be daunting. Removal or control of these ants may require the destruction of the colony and damage to the part of the property requiring treatment. Control measures may also include the extermination of multiple ant queens that are hidden deep underground.
Dealing with ant colonies may depend on a case to case basis. Mostly, the most effective form of control is a customized one. Inspections of the infestation are conducted, and treatment is assessed, depending on the species and severity of the infestation.

For homeowners, the use of a fast-acting general-purpose spray insecticide gives the most immediate effect. Although proper caution should be made to ensure that the insecticide does not contaminate food as ants often visit them. While general-purpose insecticide could control and cut ants immediately, its effects are short-lived.
A longer-term solution would be the use of multiple baits. Baits ensure that the insecticide is carried by the ant to the colony. Upon reaching the colony, the ant can distribute the bait towards the larvae of the colony and the queen, resulting in the eventual collapse of the colony.

A more gung-ho, although ill-advised method especially those at risk for allergies, would be by physical destruction of the colony either by flooding it with insecticide or setting it ablaze.
Whichever control method one uses, a pinch of caution is always recommended. And for more severe cases, a professional ant extermination service is suggested. 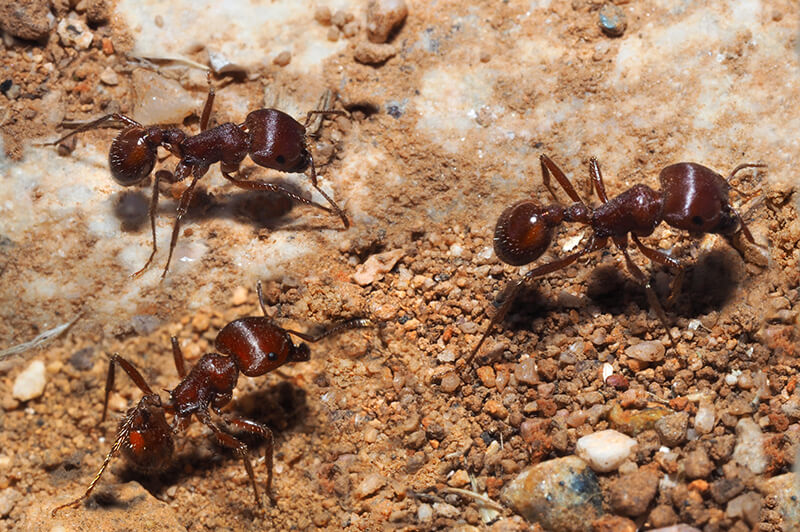