The What, When, Where of Silverfish and How to Remove Them 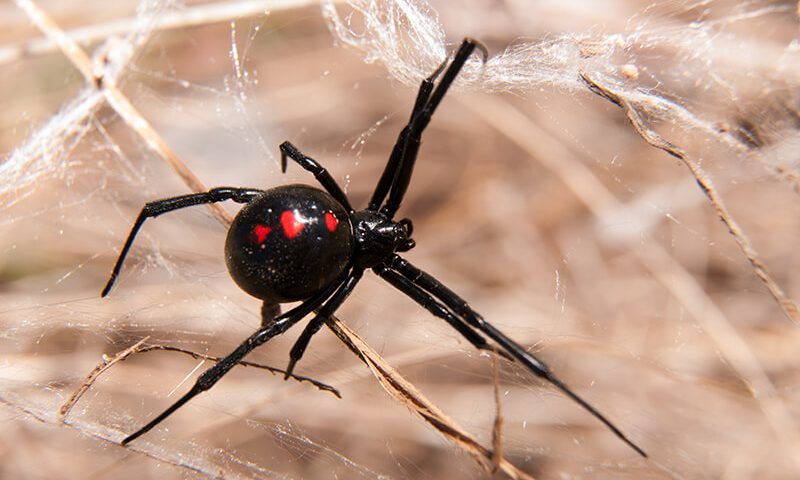 How to Keep Your Home Free of Black Widow Spiders

Black widow spiders are often unwanted guests in our homes. The sight of one is cause for alarm, since their venom is believed to be among the most poisonous to humans. But just how afraid of them should we be?

The black widow is among the most recognizable spiders due to its red hourglass marking and shiny black body. It got its name from the belief that females of this species eat the males after mating. Although this does happen, it is not common behavior among these spiders.

There are two common species found in the US:

In both species, only the females, the ones with the red markings, are venomous. Males, which are half the size of the female and have longer legs, are harmless. The juvenile spiders also pose no threat.

Although black widows are North America’s most venomous spider, their bite is rarely fatal since the spider injects just a small amount of venom when it bites. If you’re lucky, the spider may not inject any venom at all and you will not develop any symptoms.

The venom of the black widow is a neurotoxin, meaning it affects the nervous system. If you have been injected with venom, you will experience reddening and swelling around the bite area. Other symptoms may develop within a few minutes or a few hours after the bite.

The symptoms of a black widow bit vary from person to person, but they include:

If you are experiencing mild symptoms, you don’t need to go to the emergency room, but you should schedule an appointment with your doctor as soon as possible. If possible, kill the spider that bit you and bring it to your doctor. This is important for diagnostic purposes, since the symptoms of a black widow bite are similar to those of other conditions.

However, if a child or an older adult has been bitten by a black widow, they should immediately be brought to the emergency room. For these vulnerable individuals, black widow bites may be fatal.

Depending on the severity of your symptoms, your doctor will likely prescribe treatment to alleviate them and to relieve pain. If your symptoms are severe enough, the doctor may have to give you antivenin.

However, antivenin is only used when absolutely needed since it also has side effects. Hence, you will also need to be monitored for a few days afterward in case these effects appear.

The best way to control black widows is to keep them out of your home. Here are some tips:

The most visible signs that black widows have invaded your home are their nests. These are messy and disorganized looking. Be careful when approaching these since the female is likely to be near the web if they are not actually on it.

The best time to look for spider webs is during the day, since black widows are nocturnal. Once you have located the webs, you can return at night to kill the spiders. Don’t get rid of them until after you’ve disposed of the spider, since they will only build another web somewhere else.

Black spider extermination is only possible if you spray them directly with pesticide since this will kill them on contact. Unlike other insects such as ants or cockroaches, black widows do not absorb pesticide through their legs. However, spraying pesticides to kill other insects will help control black widows by reducing the amount of prey they can catch.

You can also vacuum the spiders since their soft bodies will not survive the process. However, you should make sure to empty the vacuum bag at once outside your home. Tie the bag securely to ensure that no remaining living insects can get out.

If you spot egg sacs, you should vacuum these rather than crushing them. Doing so might accidentally release baby spiders that have already hatched, making the infestation worse.

Basically, the best way to control black widow spiders is to keep your home as clean and clutter-free as possible. This will discourage them from building their webs in your house.

If you find yourself having an issue with black widow spiders, you let Fromms Pest Control take care of your black widow extermination needs. 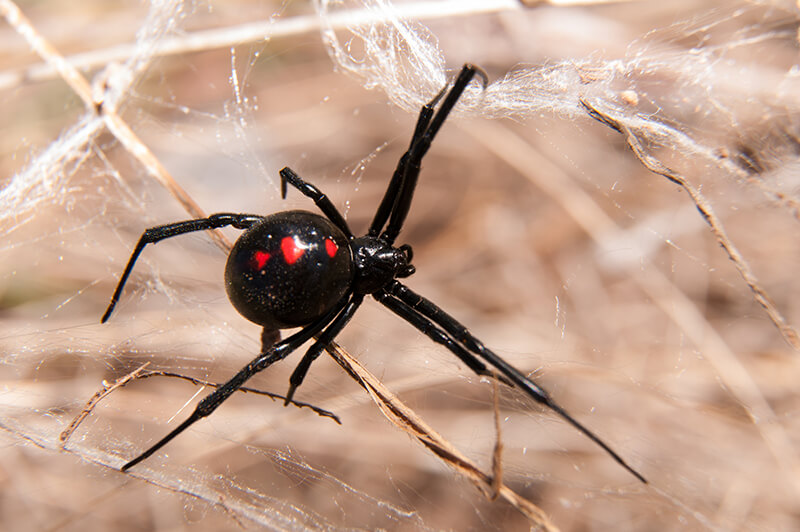