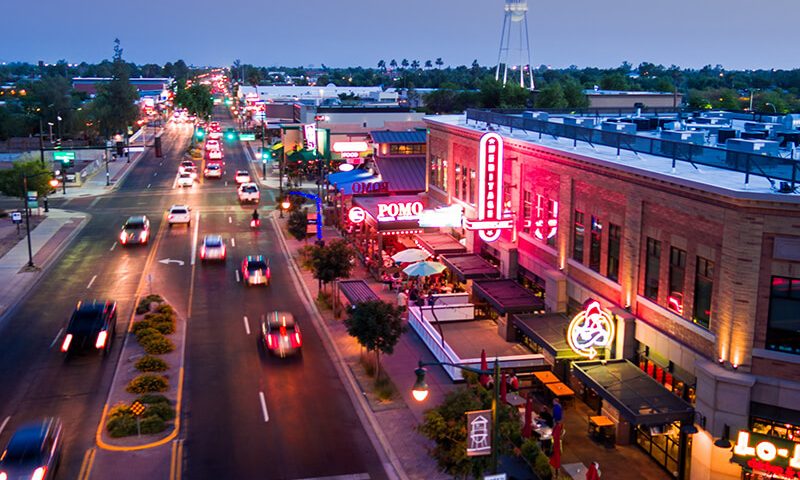 Gilbert Pest Control company Fromms has an east valley office located in the heart of Gilbert.
Gilbert AZ is on the southeastern part of Phoenix. It is recognized as the most populous town municipality in the United States. It was established by William Gilbert in 1902. He gave a land to the Arizona Eastern Railway to build a rail line that will connect Phoenix and Florence.

History
The first ever store in Gilbert AZ was Ayer’s Grocery Store, which opened in 1910. The store became the location of the first post office of Gilbert in 1912. The post office had several locations before finally settling on the eastern part of Gilbert Road in downtown. This structure still stands today.
Back in 1912, a lot of Mormons who fled from the Mormon colonies in Mexico settled in Gilbert. During the year 1915, the Mormons started having their church meetings at the Gilbert Elementary School. By 1918, they were organized into the Gilbert Ward.

Gilbert was incorporated in July 1920. The town was primarily a farming community. The people benefited from the construction of the rail line, the Roosevelt Damn, and the building of the Eastern and Consolidated Canals.
Gilbert AZ was known as the Hay Capital of the World from 1911 up to the late 1920 because of its large farming community.

In 2019, the town was recognized as the 4th safest (out of 182 communities), 12th most livable town, and the 7th best place to raise family in the USA.

The hottest day ever recorded in the Gilbert and Phoenix areas is at 122°F.

With the normal Arizona climate comes the year round and seasonal pests such as scorpions, termites, roaches, ants and many more. Being a Gilbert pest control company, Fromm’s is able to locate the source of the pest problem and eliminate it.

Population
According to the 2010 census, the town has 208,453 inhabitants. There are 74,147 housing units in the area and about 3.01 persons in each household.
Popular Places to Visit

This a bird watcher’s favorite. There are almost 200 species of birds in this reserve. Every third Saturday of the month they offer a Friends of Audubon Arizona Family Bird Walk from 8am to 11am, free of charge. There are picnic tables and bathrooms in the area. Aside from birds, watch out for rabbits running around.

This theater features shows that are family-friendly. It has unique interiors. The 350 chairs inside are arranged in a round design, with the main stage in the middle, thus, the audience are not too far away from the performers. Adding to its popularity is its location which is at downtown Gilbert. Guests can enjoy dinner after the show in nearby restaurants.

Downtown Gilbert may only be a few blocks long, but it is packed with restaurants serving a variety of food choices. They also have a farmer’s market every Saturday morning.

St. Anne’s Roman Catholic Church successfully merged technology with the comforting feeling of a traditional church. The daily masses is officiated by famous priest, Father Sergio. Church-goers are impressed by the full-sized replica of the La Pieta by Michelangelo within the church. It is one of the only eight existing copies in the world. Every Sunday, the Knights of Columbus offer a reasonably priced breakfast meal.

This district park is popular for sports enthusiasts. Park-goers can use the basketball, volleyball, and tennis courts. There is also a skating area and picnic tables with barbeque grills. The park has a beautiful lake area. There are also an amusement area, a model railroad, a carousel, and a mini-Ferris wheel.

This is open every Saturday participated by about 60 to 100 vendors. Products offered include local grown produce from nearby farms, a variety of local meats, pickles, sauces, jams, and handicraft products. There are food trucks that offer tamales and quesadillas. A favorite attraction by visitors is the giant game of Connect Four and Jenga.

This is a big entertainment venue with state-of-the-art driving range and lounge offering drinks and games.
Finding a reliable Gilbert pest control service offers up many choices. Fromm’s has 3 valley locations and an office in Gilbert so they know what pests you are most likely going to encounter and they used the most efficient and safe methods of eradicating them. 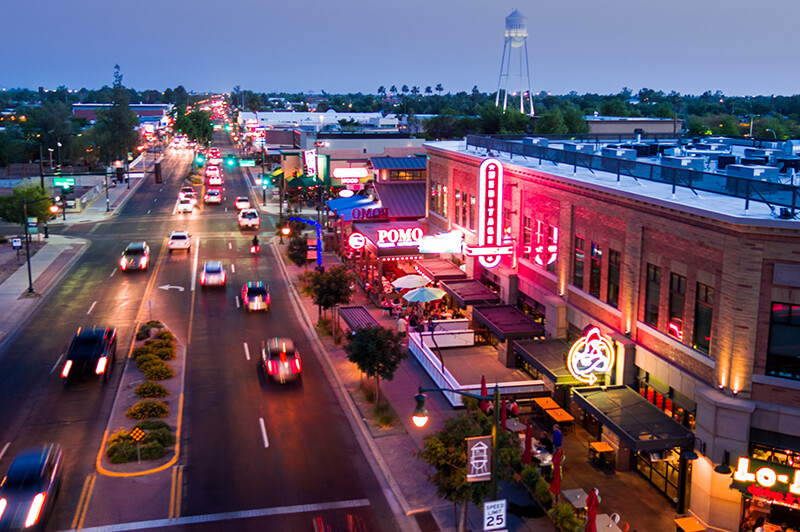